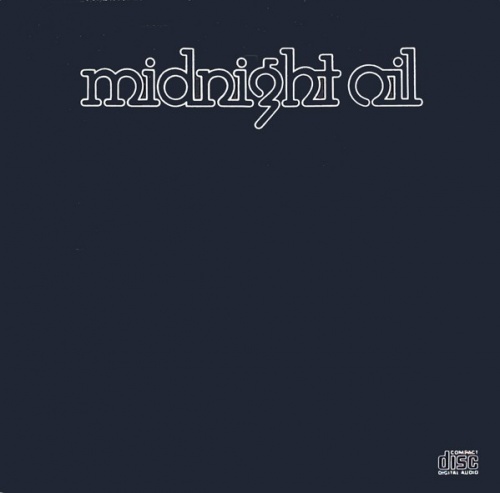 From early on, Midnight Oil earned their sound the way many great bands do -- playing wherever and whenever they could, and their eponymous debut shows the influence of their days immersed in Sydney's pub rock scene. Though they hadn't quite hit on a signature sound, the raw, punkish energy of their guitar-driven debut is exciting, resulting in some excellent songs, especially the powerful opening track "Powderworks." But as great as the songs are, the attitude propelling them is equally important. Setting them apart from similar bands of this era was their spiking of hard rock (with its decidedly non-punk fetish for wailing guitar solos) with the amateurish zeal of punk, both leavened by an impressive yet subtle command of dynamics. Peter Garrett's voice bounces between a soaring falsetto and a strong, baritone bellow, Jim Moginie and Martin Rotsey trade licks (Moginie switches often between guitar and organ), while Andrew James and Rob Hirst anchor the proceedings. Because of this, the album shifts moods frequently, but the transitions don't sound awkward because the band is firmly in control. The brevity of the album's length enhances this feeling -- from the roaring "Used and Abused" to the moody "Surfing With a Spoon" and from the rapid-fire "Run By Night" to the down-tempo prog rock of "Nothing Ventured, Nothing Gained," the album is a pretty short ride, but an interesting one for the fan already acquainted with 10, 9, 8, 7, 6, 5, 4, 3, 2, 1, Diesel and Dust, and Blue Sky Mining and who is curious about the band's beginnings.