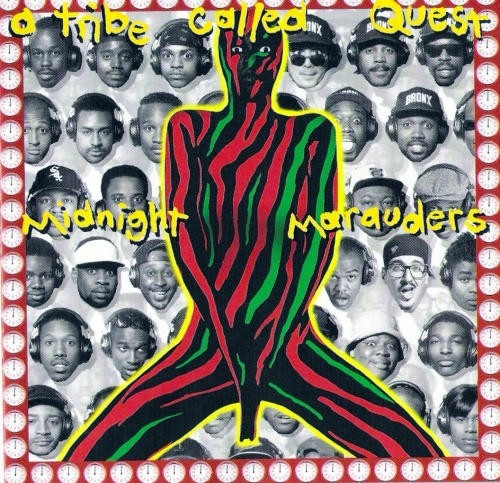 Though the abstract rappers finally betrayed a few commercial ambitions for Midnight Marauders, the happy result was a smart, hooky record that may not have furthered the jazz-rap fusions of The Low End Theory, but did merge Tribe-style intelligence and reflection with some of the most inviting grooves heard on any early-'90s rap record. The productions, more funky than jazzy, were tighter overall -- but the big improvement, four years after their debut, came with Q-Tip's and Phife Dawg's raps. Focused yet funky, polished but raw, the duo was practically telepathic on "Steve Biko (Stir It Up)" and "The Chase, Pt. 2," though the mammoth track here was the pop hit "Award Tour." A worldwide call-out record with a killer riff and a great pair of individual raps from the pair, it assured that Midnight Marauders would become A Tribe Called Quest's biggest seller. The album didn't feature as many topical tracks as Tribe was known for, though the group did include an excellent, sympathetic commentary on the question of that word ("Sucka Nigga," with a key phrase: "being as we use it as a term of endearment"). Most of the time, A Tribe Called Quest was indulging in impeccably produced, next-generation games of the dozens ("We Can Get Down," "Oh My God," "Lyrics to Go"), but also took the time to illustrate sensitivity and spirituality ("God Lives Through"). A Tribe Called Quest's Midnight Marauders was commercially successful, artistically adept, and lyrically inventive; the album cemented their status as alternative rap's prime sound merchants, authors of the most original style since the Bomb Squad first exploded on wax.