Although they never had a hit album, the Buckinghams sold more records in 1967 than any American group other than the Monkees. This collection includes every Buckinghams song you'd want to hear, and more. The disc opens with "Kind of a Drag," the number one single in the U.S. in February 1967. The band's other pop hits are here as well: "Don't You Care," "Hey Baby (They're Playing Our Song)," "Susan," and the group's vocal take on Cannonball Adderley's jazz classic "Mercy, Mercy, Mercy," which reached number five in August. As 1967 ended, so did the band's string of hits. Except for the minor hit "Back in Love Again" from spring 1968, the band disappeared into oblivion. However, Mercy, Mercy, Mercy includes other worthwhile tracks steeped in the happy production style of the hits. "Where Did You Come From" and "It's a Beautiful Day (For Lovin')" are pleasant, optimistic-sounding pop confections, while "Difference of Opinion" and "You" show the Buckinghams attempting to move beyond their singles-band image in their final recording sessions in 1969. 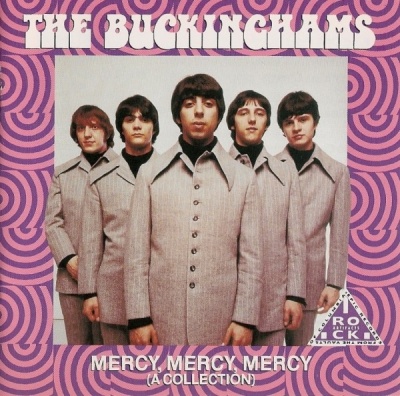