On The Memphis Album, Guy Sebastian nimbly sidesteps earlier issues of writer's block by traveling to Ardent Studios in Memphis to record 14 gems of '60s Southern soul, using many of the musicians who had worked on the original recordings. With many definitive classic songs -- "Knock on Wood," "In the Midnight Hour," "Soul Man," "Dock of the Bay," "Take Me to the River" -- The Memphis Album is a superbly skillful record, less interpretive than evocative, with all the ingredients perfectly balanced to win an international audience for the Australian Idol winner. Kicking off with the Sam & Dave classic Soul Man, Sebastian immediately shows his intentions are sincere, respectful, as he fills the song with grace, power, and dignity. The instant immediacy of the backing music makes authenticity unquestionable -- there is no mistaking that Stax sound -- fat horn lines, funky guitars, and syncopated percussion lock the listener into a perfect groove until the very end of the record. By using many of the original musicians of the era -- Steve Cropper, Donald "Duck" Dunn, Steve Potts, Lester Snell, and Dave Smith -- Sebastian has created a perfect platform to display his impressive range of expression and technical prowess.

What is lacking in all these recordings, though, is what makes all of the original versions so essential. Memphis soul has deservedly achieved mythical importance in the canon of American music. In the '60s the small southern city was a mecca for southern musicians; Stax and other local labels produced music colored by racial tension, economic hardship, and the prevalent sense of institutionalized injustice. Less sugar-coated than the Motown sound, Memphis soul uniquely reflected its geography and time by brilliantly combining the sweeping inclusive beauty of gospel with secularism, carnality, and outrage, creating a distinct and compelling sound independent of any specific artist. The original versions of the songs on The Memphis Album -- by Otis Redding, Wilson Pickett, Sam & Dave, Al Green, and others -- stand tall as a heady mixture of earthiness and anger, lust and hope, joy and sadness; each song imbued with a vital urgency that made the listener feel the artists have lived the lyrics, that their own passion and pain bled into the songs.

Of course it is unfair to criticize Sebastian -- born two decades and an ocean away from Memphis -- for being unable to nail this nebulous vibe, the "spirit of the times." What Sebastian brings to the table is a wonderful voice, heartfelt respect, and skillful presentation. His range, style, and tone are all remarkable, and his technique so polished that it could be argued (at the risk of being blasphemous) that he occasionally improves on the original recordings, sweetly gliding through parts shouted by the originals. With the exception of an insipid "Under the Boardwalk," all of the selections are top-notch, adeptly produced, excellently performed, with Sebastian pouring himself whole-heartedly into the material.

The Memphis Album quickly went double platinum in Australia, and Sebastian toured Australia with the MGs as his support band. Featuring the Memphis "funk brothers" of Duck Dunn and Steve Cropper, the concerts were hugely successful, culminating in a live concert DVD; the rave reviews generated an international release of the album plans for world-wide touring. The Memphis Album is an excellent introduction to Memphis soul for neophytes, and a good introduction to Guy Sebastian for those unfamiliar with his talent or intellectually averse towards any Idol releases. For die-hard soul collectors, the backing tracks alone by the MGs and Memphis horns should be enough incentive to pick up the CD; Guy Sebastian's sheer talent will be a nice revelation. Recommended. 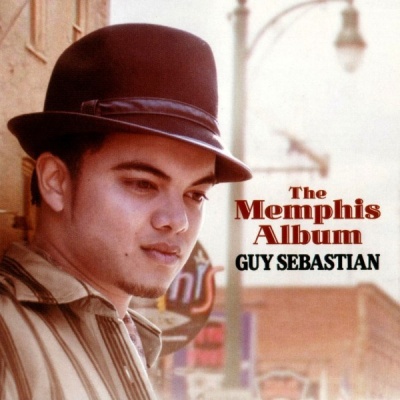