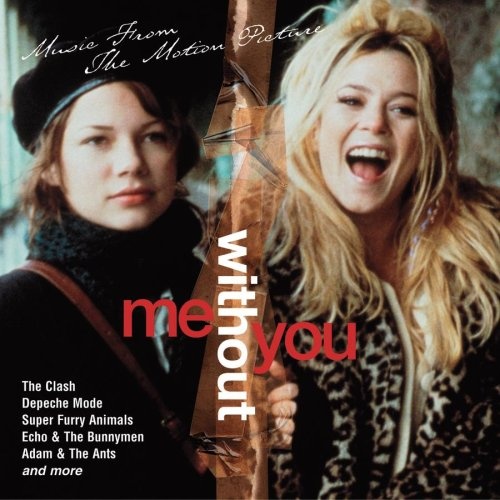 One of the better soundtrack LPs of late is nonetheless undercut by two nagging blemishes. (One): two-thirds of it is ace songs by strong and distinctive artists. However, unlike genuinely notable movie tie-in collections (like Rushmore and The Royal Tenenbaums), it sticks to best-known hits and classics instead of exposing less-trodden-trail treats. So though anyone can thrill to the Clash's nasty "White Riot" and challenging "(White Man) in Hammersmith Palais," Echo & the Bunnymen's monstrous "The Cutter," Wreckless Eric's riotous "Whole Wide World," the Only Ones' ageless, ubiquitous "Another Girl, Another Planet," the rediscovered Nick Drake's salubrious "Cello Song," Tim Buckley's jazzy folk "Strange Feelin," Dillinger's U.K. pop-reggae "Cocaine in My Brian," or even the mid-period Stranglers' pulsing, soulful "Skin Deep," it's all a tad been-there-done-that for well-versed fans. If you're not one, though, great pleasures await, along with lesser ones from pirate-era Adam & the Ants, electro-poppers the Normal, and even newbies Super Furry Animals. And (two): as for the other third of the disc, who thought numbing Depeche Mode, drekky Charlene and Barbara Dickson, banal Scritti Politti, dull Lucy Street, and moldy, cutesy-pie Sonny & Cher fit with the above? It's like an annoying series of telemarketer messages when you're finally making some time with someone you have a crush on. Until you finally unplug the phone (program that skip button!), they kill the electric mood every time.