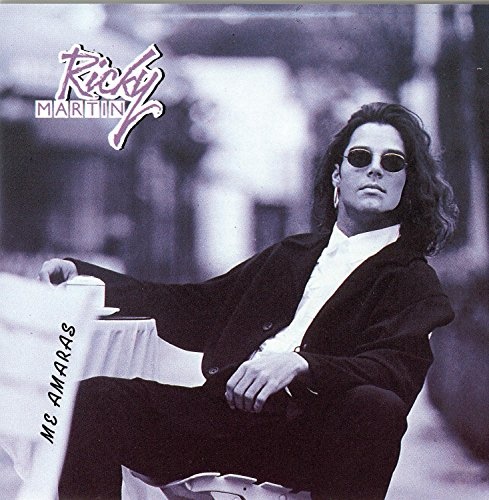 In the 1980s, Menudo was the Latin pop equivalent of the Osmonds more than the Jackson 5 -- that is, pure bubblegum rather than bubblegum combined with some grit. As one of the lead singers of that Puerto Rican group, Ricky Martin was a superstar in Latin music. Martin's music matured when he went solo, but he continued to appeal to a young, largely female audience -- and he was still about as commercial as it gets. The CD isn't without its pleasures, including the dramatic ballad "Entre El Amor y Los Halagos," the urban contemporary-flavored "Ayudame," and "Que Dia Es Hoy (Self Control)," a Spanish-language translation of Laura Branigan's haunting 1984 hit "Self Control." But on the whole, Me Amaras (Spanish for "You Will Love Me") is too glossy, too calculated, and much too contrived for its own good. Few chances are taken on this by-the-book release, which seldom fails to sound like a product of the corporate music machine.