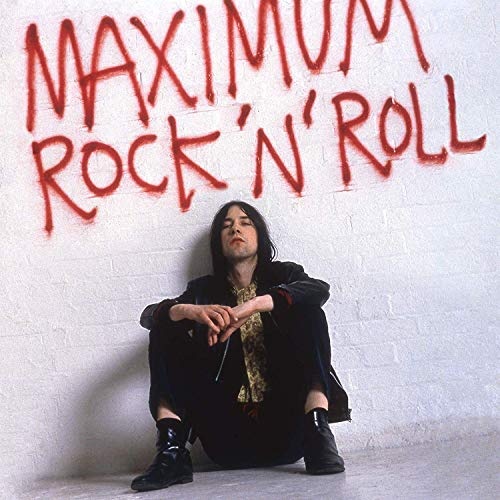 Arriving 16 years after Dirty Hits, the 2003 compilation that closed out Primal Scream's glory years on Creation/Columbia, Maximum Rock 'n' Roll: The Singles naturally covers later ground but it's also noteworthy for starting with 1986's "Velocity Girl," the flipside to their second single. "Velocity Girl" provided the foundation of Primal Scream's career, a slice of jangle pop that established them as major players within the U.K.'s C-86 scene in the mid-'80s, a single that propelled them into the acid house pioneers of the early '90s. Adding it and its companions "Gentle Tuesday," "Imperial," and "Ivy Ivy Ivy" helps flesh out Primal Scream's unwieldy history, adding a first act to the one Dirty Hits chronicled very well. Maximum Rock 'n' Roll covers the '90s in fine fashion, too, sometime substituting single versions for album tracks -- "Higher Than the Sun" is here in the Orb Mix, there's a 7" version of "Don't Fight It, Feel It," a Brendan Lynch edit of "Kill All the Hippies" -- before sliding into Primal Scream's 21st century output with a kaleidoscopic second disc that begins with 2000's "Accelerator" and ends with 2016's "100% or Nothing." This additional length doesn't cover up the fallow points in the band's discography -- if anything, the swing between dark futurism and celebratory nostalgia is cast in sharper relief -- but it does help convey what an odd, frustrating, and frequently wonderful band Primal Scream is, which means this is the kind of compilation the band deserves.