Amazingly, it took Columbia Records until the very end of 1950, two years into the LP era and the transition from disc to magnetic tape recording, to get Duke Ellington and His Orchestra into the studio to cut a long-playing record. For the first time in his recording career, Ellington was able to forego the three-minutes-and-change restrictions in running time of the 78 rpm disc -- he and the band rose to the occasion with extended (11-minute-plus) "uncut concert arrangements" of "Mood Indigo," "Sophisticated Lady," and "Solitude," augmented with one splendid newer work, "The Tattooed Bride." And it's taken 15 years into the CD boom before Masterpieces By Ellington has been given the treatment that it deserves. Sony Music of Japan reissued this classic recording in 1998, remastered using the company's 20-bit-based Super Bit Mapping digital system, and results are astonishing -- the band sounds like it's in the same room with the listener, and that goes double for the piano and the soloists (including singer Yvonne Lanauze) on "Mood Indigo." Even in this august company, "The Tattooed Bride" is a swinging virtuoso piece that, as everyone present must have known, couldn't possibly have been captured in this manner in any era before this session -- this was also one of the last sessions to feature the classic Ellington lineup with Johnny Hodges, Lawrence Brown, and Sonny Greer, before their exodus altered the band's sound, and so it's a doubly precious piece (as is the whole album), among the last written specifically for this lineup. And it now all sounds at least ten years newer than its actual date of recording, packaged in a CD-size recreation of the original '50s jacket design. A U.S. release hasn't been announced, but it's worth the $20 list as an import. (Japanese import) 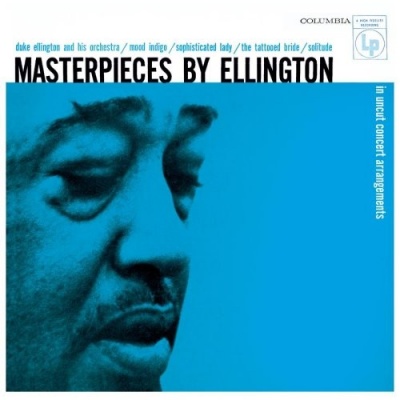