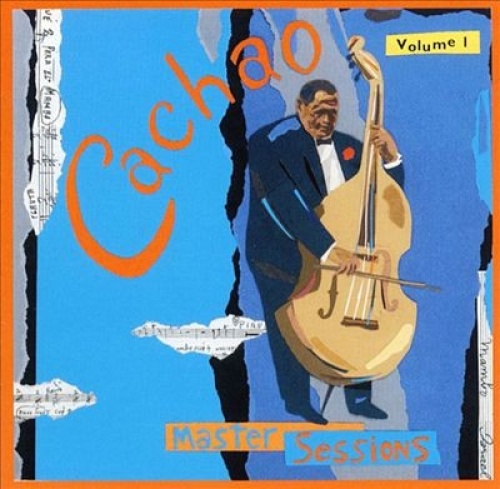 Cachao's Master Sessions, Vol. 1 could not be more aptly named. There has not been a bass player to date who has done more to develop and refine the instrument's role or to better demonstrate its power and importance than Israel "Cachao" Lopez. Several of the selections on the collection originate from the Descarga sessions, in which Cachao de-emphasizes the role of the piano as the primary comping instrument in Cuban music, and effortlessly rocks the entire band with his thunderous tumbao. There is a slant toward danzon and son styles on this collection, which gives the record a very refined, almost stately feel. The first track, "Al Fin Te Vei," a clarinet and bass duo in danzon, is performed with such skill, grace, and class as to be fit for kings. Cachao does not, of course, ignore the beautiful folkloric traditions of his country. "Lindo Yambu," a creeping rhumba that moves into a carefree mambo, is performed with equal reverence and class. The fidelity of the recordings is amazing, a crystal-clear sonic treat. Cachao takes the listener on a tour of the sights and sounds of his homeland like no one else could. From the conservatories and recital halls to the cigar shops and street parties, Cachao brings his listener inside to encounter the diverse and mysterious character of Cuban music. Lindisimo.