Mark Chesnutt was one of country music's top stars in 1991-1994, a period when he scored five number one hits. In the subsequent five years, he cooled slightly, but still scattered eight Top Ten hits, the last of them being a chart-topping country version of the Diane Warren-penned Aerosmith hit, "I Don't Want to Miss a Thing," in 1999. He has struggled since then, and the failure of his 2000 album Lost in the Feeling led to the severing of a decade-long relationship with MCA Records. As the eponymous title of his Columbia Records debut indicates, he is attempting to start afresh, but he is doing so without changing much other than his label affiliation. He has picked 11 entries from the Nashville songwriting combine, hired the usual Nashville sidemen, and made an average country album. The release was preceded by several months by a single, "She Was," a sentimental ballad about a saintly mother, that hadn't made a lot of headway on the charts by the time the album was released. Its one-dimensional idea is fairly typical of mediocre country songwriting, and there's more of the same on the full-length disc, including "I'm in Love With a Married Woman" (the twist, of course, being that the married woman is the singer's own wife). Chesnutt turns comic on the album-opening litany of screwups, "Don't Know Why I Do It," and "My Dreams." But just as the sentimental songs aren't really that moving, the humorous ones aren't that funny. There are potential singles that turn up late on the disc, particularly the country-pop "I Want My Baby Back" and the romantic "I Drew Me." But Mark Chesnutt is a just-OK collection appearing at a time when the singer really needs to shake things up to get his career back on track. 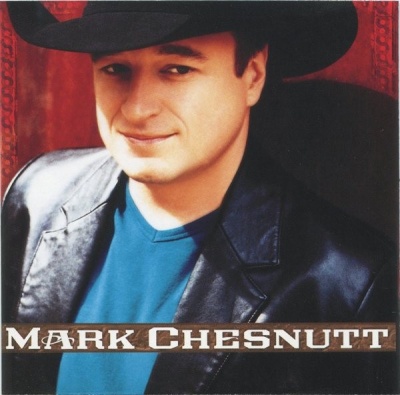