Man's Best Friend boasts superb musicianship, high production values, good song selection, beautiful vocal performances from Livingston Taylor, and an impressive cast of guest stars who do not get in the way of the singer/songwriter. Though "First Time Love" broke the Top 40 for a couple of weeks in September of 1980, this album, much like his work on Atco a decade earlier, is superlative and deserved more chart activity. Converging on "Sunshine Girl" are drummer Jeff Porcaro, Jeff Baxter from Steely Dan and the Doobie Brothers (it should be noted, a fellow Bostonian), and ex-Turtles Flo & Eddie, just the right touch to knock this one out of the park. "Sunshine Girl" is so sincere, such an uplifting composition and performance, that it makes it frustrating to hear these remarkable sounds and know that Epic Records or whoever couldn't deliver this to the wide audience it deserved. Covers of Randy Newman's "Marie" and the Stevenson/Gay/Hunter classic "Dancing in the Street" are fine, but the collaboration between Baxter and Taylor, "You Don't Have to Choose," like the aforementioned John Manchester/Livingston Taylor title, "Sunshine Girl," gives the listener insight to the artistry at play, insight you can't find on the fun romps "Ready Set Go" and "Dancing in the Street." It's a nice mix, though. Carla Thomas dueting with Taylor while backed up by Steve Cropper and the Memphis Horns is pretty phenomenal. Baxter takes to the keyboards on this cover of the Motown hit, giving Cropper space, but who wouldn't have loved to hear a guitar duel here? When the earthy dance stuff subsides, Taylor hits you with a co-write his wife, Maggie Taylor, helped him with, "Out of This World," and not to sound cliché, it is out of this world. Taylor has a sweet, down-home folksy voice perfect for pop radio, and his delivery is magical, from the calypso-style "Face Like a Dog" to the beautiful rendition of Jon Hall's 1975 hit, "Dance With Me." Don Henley is on harmony vocal for the Orleans tune and, as stated above, these big-name artists do a marvelous job of complementing the music, not impeding it with overplaying. From his 1971 Jon Landau-produced LP Liv to this John Boylan/Jeff Baxter co-production almost a decade later (the producers doing their tracks separately, not collaborating), Man's Best Friend continues the consistent musical saga of a musician who should be a huge star. Where brother James Taylor is the icon, deservedly so, it is too bad room wasn't made in the pantheon for this bright and talented artist. Livingston Taylor's albums are refreshingly strong, and enhance radio when they get their chance to entertain. This one's a contender for lost classic status. 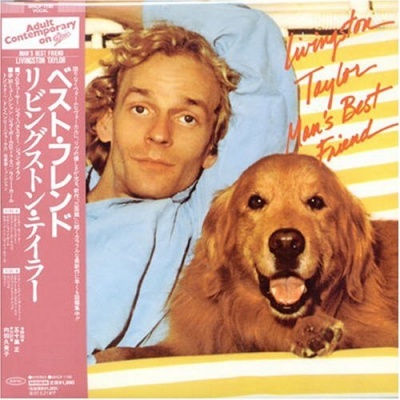