The soundtrack to Woody Allen's 1979 film Manhattan works supremely well with the film and is equally effective without the film. Allen's choices of music from the Gershwin songbook enhance and illuminate the action on-screen. The stylish adaptations and arrangements create a wonderful set of orchestral transcriptions of some of Gershwin's best-known and least-known songs, and the inclusion of a full-length performance of Rhapsody in Blue only enhances the soundtrack's attractiveness. Played with panache by the New York Philharmonic under a surprisingly relaxed Zubin Mehta, the song arrangements are bright and snappy, with a strong undercurrent of sentimentality, and pianist Gary Graffman's star turn in the Rhapsody is a knockout. Perhaps the single most affecting performance here is violinist Lewis Eley and pianist Dick Hyman's delicious chamber jazz version of Love Is Here to Stay. Recorded in crisp, clear stereo, this disc deserves to be heard by anyone who loves the movie or the music. 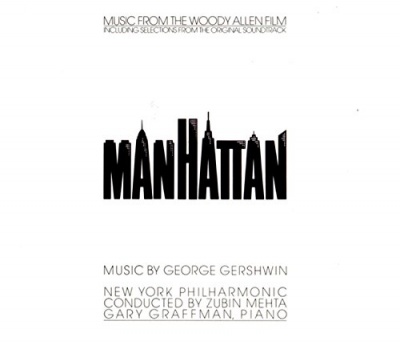