Four albums deep, Xzibit's presence on the microphone rivals that of the better MCs of the latter day. However, on Man vs Machine, Xzibit seems to have lost some of the edge on his lyrical blade, which once tested in underground fires more than a half-decade before he hit the mainstream in 1999. The man who brought listeners "Paparazzi," "Foundation" (from his 1996 debut, At the Speed of Life), and "What U See Is What U Get" (from the 1998 release 40 Dayz & 40 Nightz) managed to avoid the sophomore slump, but instead found the junior jinx with the disappointing 2000 release of Restless, even with Dr. Dre in his corner. While X is still in cahoots with the good Dre here, unfortunately Man vs Machine is a continuation of his lackluster spiral rather than the masterpiece that X fans thought to be inevitable when he linked up with the likes of Dre, Snoop Dogg, and Eminem in the Y2K. Things start off with dark zest on the cleverly worded and sinisterly composed "Release Date," produced not by Dre, but by East Coaster Rockwilder. Dre chimes in with lyrics for the awkward and clunky "Symphony in X Major" and beats for the delightfully raunchy "Choke Me, Spank Me" and the slightly above-workaday "Losin' Your Mind" featuring Snoop Dogg. Also, taking a somewhat shameful page out of P. Diddy's book, producer Jelly Roll turns to early-'80s Toto ("Africa") for inspiration on the painfully inane "Heart of Man." Things pick up some on the Dre camp's retort to a Jermaine Dupri dis on the Eminem-produced "My Name" (featuring some patented Slim Shady punch lines and a G-hook from Nate Dogg) and the cross-continental banger "BK to LA" featuring Brownsville sluggers M.O.P. The heartfelt ode to his mother ("Missin' U") notwithstanding, after the floss and gloss of this release is peeled away, there's a lot more of Xzibit the MC caught in the machine of the hip-hop industry than there is of Xzibit the gifted man. 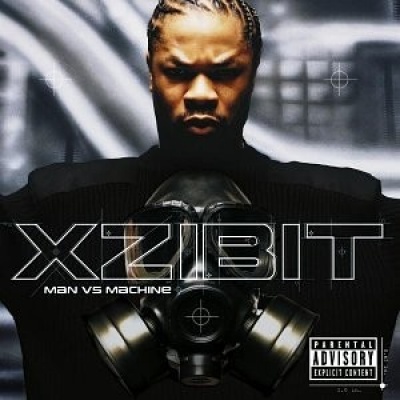