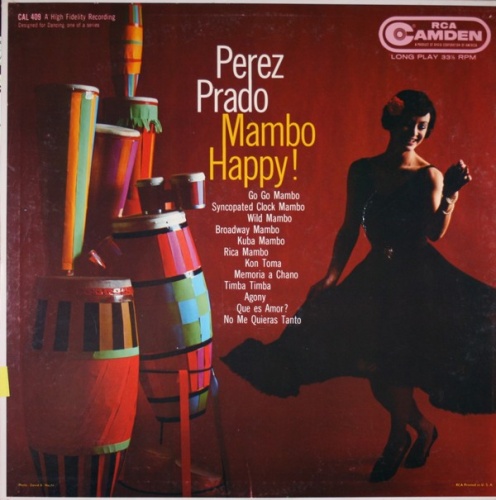 On RCA's budget label, Mambo Happy! presents early Cuban recordings. Among the syncopated tracks of this entry in the "Designed for Dancing" series, there are many interesting selections, particularly those with vocals and grunts. Johnny Hartman croons "You're Driving Me Wild" in "Wild Mambo," a rare pop-vocal departure for Prado. Songs by Abel del Rivero and Cecilia Gonzalez lend an Afro-Cuban flavor (reminiscent of Xavier Cugat recordings circa 1950). "Memoria a Chano" has to be a tribute to Chano Pozo, the legendary conguero in Dizzy Gillespie's big band who was killed a decade earlier. For an album originally priced at $1.98, Mambo Happy! packs more than its share of fun.