There is a special relationship between the music of Mahler and the New York Philharmonic. Mahler directed the orchestra in 1909, and his protégé Bruno Walter became principal conductor in 1947. Leonard Bernstein was Walter's assistant and a great proponent of Mahler's music, recording all of the symphonies in the 1960s.

The Sixth Symphony was called "the only Sixth symphony despite Beethoven's 'Pastorale'" by composer Alban Berg. Oddly, the work never was very popular with audiences and didn't receive its American premiere until 1947. The work is scored for an enormous orchestra, with exotic percussion that includes cowbells, xylophone, chimes, and celesta. Mahler also asked for "a short, powerful, heavy-sounding blow of un-metallic quality, like the stroke of an axe." This "axe blow" is a dramatic effect used in the work's finale that enhances the work's sense of doom.

Bernstein captures every ounce of drama in the work. His reading is devastating in its cumulative power. This music tells a tale of suffering, and thus makes heavy demands on the listener, but it ultimately provides sublime catharsis. 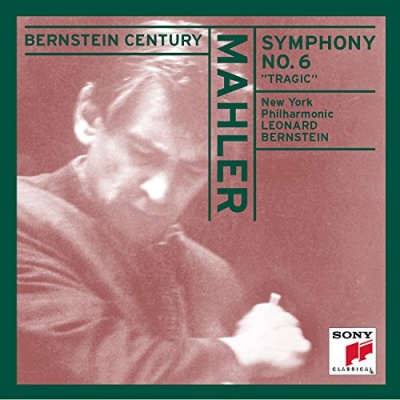