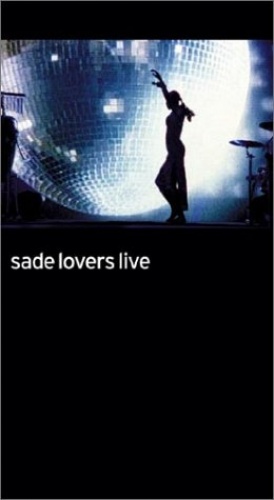 Nearly doubling the amount of tracks and running time of the similarly titled album, this video of one date on Sade's 2001 world tour serves as a handy greatest-hits package as well as documenting one of the classiest and highest-grossing tours of that year. Anyone who thinks Sade's music is too ethereal or plush to make an impact on a concert stage instead of the bedroom needs only to watch this to understand how the creative lights, imaginative set, rear projection films, and her impeccable band combine to create a performance every bit as exciting as Madonna's and far less ostentatious. Since this particular show wasn't altered for film, some of the footage is grainier than you'd think for a high-profile release. The camera work is excellent if a bit more hyperactive than necessary, and Sade's subtle yet charismatic stage presence -- along with a lone costume change -- proves that in her case, less is more. Extras include short, snappy, but not particularly illuminating backstage and off-stage "candid" visits called "The Band Walking" and "Sade Walking" that lead you to believe everyone had a blast working together, the video for "King of Sorrow" along with black-and-white stills from the tour, and fans gushing their love for the star. In other words, not much. But most important is the 5.1 remixed sound that infuses additional warmth, presence, and intimacy to her already lush music. Occasionally close-ups prove there was some post-concert overdubbing to clean up the audio and fix mistakes, but this is still a remarkably accurate representation of the tour. The order of the songs is identical to the nightly set list, and the extended take on "Smooth Operator" which leads into an instrumental band jam on "Redeye" (neither are on the album) is alone worth the price of this DVD, even if you already own the audio-only version. Changing between menu options is choppy and oddly time-consuming, but this is a video that any Sade fan will need to own. It should also make new fans from those as yet unconvinced of her exquisite vocal charms and magnetic allure live.