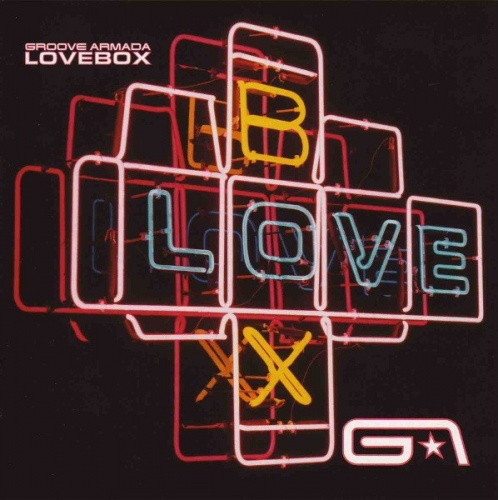 Though Groove Armada's Andy Cato and Tom Findlay have been justly praised for their production talents, the duo's fourth album, Lovebox, takes them much too far down the path of production gloss, right on into the field of bland MOR electronica. It's a staler, tradder version of 2001's Goodbye Country (Hello Nightclub), which was pretty middle-of-the-road on its own. The opener, "Purple Haze," features Nappy Roots backed by a restrained guitar grind, but the pair can't summon the righteous production skills that made "Suntoucher" (with Jeru the Damaja) the highlight of their previous record. Even Neneh Cherry sounds average and maudlin when she's shoved into the Groove Armada grinder, while Richie Havens (making a repeat appearance) contributes yet another deeply felt performance that resists making any kind of impression. "Final Shakedown" is downright derivative, ripping a page from the Basement Jaxx book, with a swinging, slapping house production and the ragga-tinged vocals of Red Rat. "Madder," the only track on the album performed by a band, is also the only one that doesn't sound calculated, riding a groove straight out of the Clash's "Magnificent Seven" and with a solid sung-spoken rap by M.A.D. The only other track that works well is "Remember," a gradually ascending epic with a sampled Sandy Denny vocal (lifted from Fairport Convention's Unhalfbricking) echoed by the affirmations of the London Community Gospel Choir. Sapping their tracks of any energy or creativity, Groove Armada have only their production smarts to fall onto, and it's simply not enough to distinguish the record.