Love Will Come: The Music of Vince Guaraldi, Vol. 2 Review

George Winston released his first tribute to Vince Guaraldi, Linus & Lucy, in 1996 and it proved so enduring that he released a sequel called Love Will Come in 2010. Popularity is one reason for the pianist revisiting Guaraldi, but the other is that this inspiration provides fertile creative ground for the pianist, opening up and warming Winston’s sometimes chilly signatures. As the title indicates, this doesn’t rely quite so heavily on Guaraldi’s music for Peanuts but there’s still quite a bit here, including “Woodstock,” giving this a relaxed familiarity that’s friendly and welcoming. If Winston doesn’t reinvent these songs or Guaraldi’s overall feel, he nevertheless plays with gusto that’s surprisingly infectious, offering as convincing an argument as ever that he plays with soul. 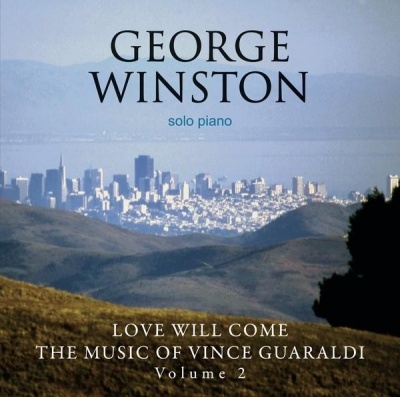