Although the enormously popular Brickman has long been known as a romantic piano sensation, a close study of his beautiful recordings has shown him to be a true fan of children's lullabies as well as pretty instrumental and vocal love songs. This time, he's unabashed about the role his piano may play in lulling children to beddy-bye. Most of the titles have a nocturnal theme and center around a slow, gentle tempo. "Little Stars" is a playful improvisation on "Twinkle, Twinkle Little Star," in fact. The one thing Brickman's fans have come to expect is consistency, and once again he delivers a handful of sweet, to-the-point melodies, mostly with solo piano. A few tracks feature Tracy Silverman, who plays violin on "Above the Clouds" and viola on "Night Prayer," and Brickman uses an orchestra for the first time on the gorgeous, lush "Course of Love" from TV's Guiding Light. Brickman has worked with a steady stream of top singers since the success of "Valentine," his hit with Martina McBride. This collection's offerings include tracks with the vocal group All-4-One, Amy Sky (a musical interpretation of 1 Corinthians 13), and actress Jane Krakowski. For variety and added intimacy, Brickman himself sings his adaptation of the whimsical kiddie tune "I See the Moon." Another extreme crowd-pleaser from one of contemporary music's most likable composers and performers. 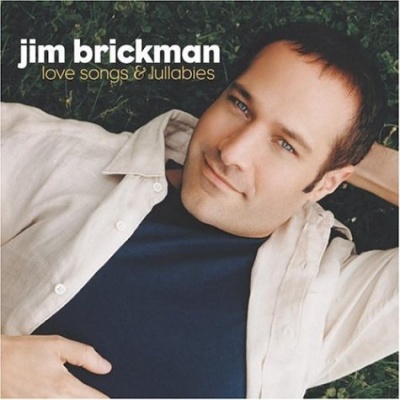