Love Me Back Review

One of the fears Jazmine Sullivan expressed near the end of her debut was that of being dropped by her label. Three remarkably distinctive Hot 100 singles, gold album sales, and five Grammy nominations later, the singer/songwriter’s safety was ensured. Thankfully, the J label isn't merely keeping Sullivan around but allowing her to remain her creative, imaginative self. Odds are that no other major-label R&B singer would be allowed to record a song like "Redemption," in which Sullivan raps cold-eyed in the first person as a female crack addict and as a male woman-beater while breaking up the tales with a fraught gospel chorus. None of Sullivan's contemporaries could possibly pull off "Stuttering" -- a gimmicky but palpable piano-led ballad conveying anxiety over a romantic interest -- without sounding like clumsy comedy. Love Me Back is, by no means, strictly experiments. Those who dug Fearless' throwback soul have plenty to soak up. The Missy-produced, Manhattans-sampling "Excuse Me" is Sullivan's most gorgeous in-love song yet, while the scorned-lover "10 Seconds" makes the ultimate case for her frequent in-the-red mode, which always serves the song; when you’re bugging out, "throwing and breaking shit," and threatening to get your mom and cousins involved, there's no sense in trying to be the least bit restrained or cool about it. And then, just a couple songs later, perhaps as a way to prove that she can pull back, she adds the meringue to the impeccable synthetic pop-funk of "Don't Make Me Wait" like it's nothing, mentioning Vanity 6 in the hook as she lures a one-night stand. After factoring in the fictitious post-breakup duet with Ne-Yo (which is more like a verbal joust), the self-flagellating "Holding You Down (Goin' in Circles)" (a collision of oft-used samples and references that does not sound the least bit tired), and the nakedly ambitious "Famous" (where she yearns for girls to want to be like her), it becomes increasingly clear that Love Me Back sprawls and stuns in equal measure. 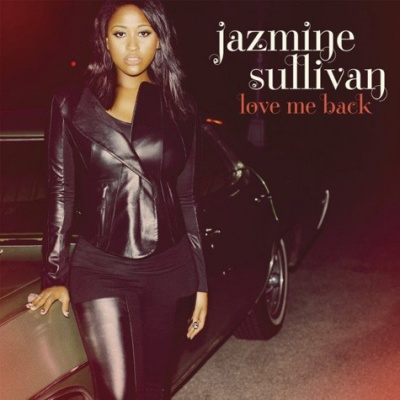 Love Me Back Album Information