No matter your level of Luther Vandross fandom -- whether you're just getting started, have all the singer's original albums in some format, or think you have it all covered -- Love, Luther is quite generous. It's a four-disc box that comes in two forms: there's a longbox-style set that folds out, including a 58-page book tucked into a pocket within one of the panels, and there's also a compacted version that will fit alongside other traditionally packaged discs on a normal-sized CD rack. With all that space to fill, there's plenty of room for the expected greatest hits, from 1981's "Never Too Much" (the superior extended version) to 2006's "Shine," with all sorts of unexpected stops in-between, in addition to unexpected treats predating "Never Too Much." There's a couple early piano-and-voice demos recorded with Nat Adderley, Jr.; several vocal collaborations, like the star turns on Change's "Glow of Love," Charme's cover of Toto's "Georgy Porgy," and Bionic Boogie's "Hot Butterfly"; and even Aretha Franklin's "Jump to It," a 1982 R&B number one produced and arranged by Vandross. Even Luther, the "group" Vandross fronted for two '70s Cotillion albums, is represented. An amusing and prophetic promotional track sent to radio programmers is the biggest surprise of all, incorporating a highlight reel of Vandross' contributions to several known and obscure radio jingles: "And there's nothing like the flavor of Juicy Fruit gum!"; "Heeere we come, Hawaii!" Live material? Yes, there's a little of that, highlighted by a potentially pulse-stopping version of Heatwave's "Always and Forever." Considering all the loose ends and exclusive tracks -- the kind of material you expect to get on a pull-out-all-the-stops box -- it's still kind of overwhelming to have all (well, almost all) of Vandross' charting singles in one spot. Even when the productions are saccharine and completely locked into their year of making, Vandross' voice is the one thing that always -- always -- comes through first. 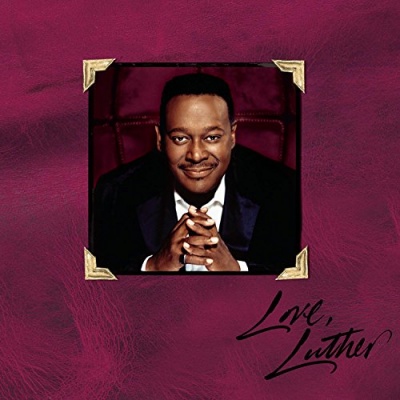