Lea Michele is not a natural pop star. A theater kid who appeared on Broadway before she was 10, Michele is blessed with a powerful voice designed for a particular kind of stage: the theater, not the club. Her role as Rachel Berry on Glee disguised this flaw by splitting the difference between pop and stage, but even when she was singing chart hits on that Fox television series, it seemed clear that both Berry and Michele were bound for the Great White Way, not MTV. This was true in 2009 and it's even clearer in 2014, as Glee starts its slow crawl to conclusion, prompting Lea Michele to release a long-overdue solo debut called Louder. Unfortunately, it's only clear to the observer, not the artist. Michele is determined to be a pop singer, specifically following the Katy Perry template of streamlining EDM while retaining its bombast, then softening her surroundings by dropping an occasional ballad. Where Perry has a limited vocal range, Michele doesn't hesitate to push to the wide ranges of her limits, so her singing winds up as assaultive as the gilded production. Perhaps this wouldn't sound so exhausting if Louder didn't consist primarily of songs cut from the "Firework"/"Dark Horse" cloth, or if those songs did have melodies that would focus on either the singer or the production; but instead, the album consists entirely of songs begging for a singer that could give them their own personality, to which Michele and company respond by making every song louder than the last. 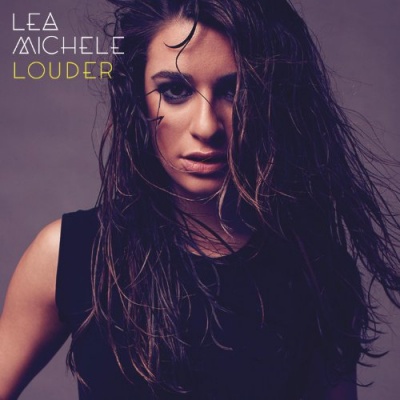