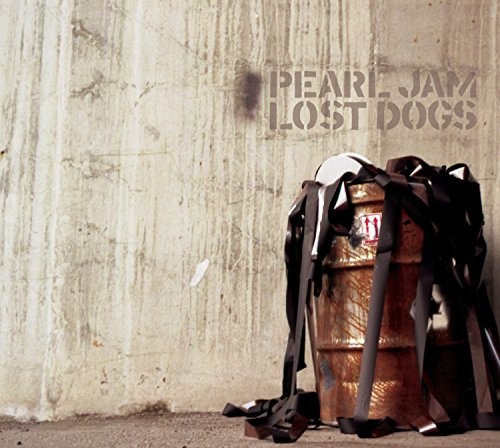 At the peak of alt-rock in the '90s, Pearl Jam were the biggest band in the world. Nirvana may have kick-started the alt-rock explosion, but not long after Nevermind knocked Michael Jackson's Dangerous off the top of the charts, Pearl Jam overtook their fellow Seattleites, selling many more copies of Ten than Nevermind, as the album achieved saturation play on radio and MTV, thereby setting off a wave of imitators, ranging from Stone Temple Pilots to Seven Mary Three and scores of bands that have been lost to time. They defined the sound of the decade, at least in terms of mainstream alt-rock. But, like all their fellow grunge rockers (though not like Smashing Pumpkins), they bristled at the notion of stardom, and ducked the spotlight. After following Ten with the effectively scattershot Vs. in 1993, each subsequent record played to a smaller audience, partially because the group decided to follow an idiosyncratic muse while shutting out the outside world by doing few videos and interviews and then sinking into a long rather futile battle with Ticketmaster that sapped their strength, as well as their popularity. By the end of the decade, they were selling far fewer records and they had the occasional hit -- such as the fluke Top Ten "Last Kiss" (included on Lost Dogs) -- but they were a far cry from being the biggest band in the world, even if they retained a passionate following.

The shift from world's biggest band to world's biggest cult band was a deliberate move, of course, one that came about through their precisely crafted, often humorless, deliberately idiosyncratic records that came after Vs.. If a song didn't fit the specific mood of an album, it was shelved. This meant that there was a lot of material that was never heard (apart from the occasional concert or bootleg, naturally), or some of it drifted out on singles released through their fan club. Then, it being the '90s, the golden age of the multipart international single and benefit compilation albums, there were a number of officially released songs that never made it to a proper Pearl Jam album. These two things meant that a Pearl Jam rarities collection was necessary, and when they reached the end of their contract with Epic ten years after Ten, the group assembled the double-disc, 30-track set Lost Dogs. Completists, who likely have much of this material anyway, should note that this is not a complete collection of B-sides and non-LP tracks -- there's nothing from the Singles soundtrack, the Merkinball EP is absent, scores of live B-sides are thankfully left behind. Instead, this is a selection of the best B-sides, stray singles, and compilation tracks, enhanced by no less than 11 previously unreleased cuts and presented in a non-chronological sequence. This approach has a considerable benefit for the band, since, for one, it doesn't play like a dumping ground for rarities; like all Pearl Jam albums, it follows its own internal logic and has its own flow. Better still, the album benefits from what it chronicles: the loosest, hardest-rocking, most relaxed, and most intimate music the band cut. Since their proper albums are so somber and tightly controlled, it seemed as if the band didn't have a sense of humor, or even gave themselves a chance to breathe. These songs not only prove that assertion false; they capture what the band sounded like at its peak -- they capture their passion, their open-heartedness, their stance as true believers. This spirit was damped on the albums since they deliberately shied away from it and obscured it with ventures into experimentalism, but here, they not only sound committed but also eclectic and alive. This is where the nonchronological sequencing is a plus -- everything here sounds like it could date from their heyday of the first of the '90s, even though much of it dates from later. This is further proof that Pearl Jam consciously turned away from the big, anthemic sound and spirit that won them a mass audience with Ten -- they still had the songs and sound, they just chose to bury it. Lost Dogs crackles with that passion and it has another advantage: unlike most of Pearl Jam's album, it's a fun, compulsive listen. More than any other album in its catalog, Lost Dogs captures what Pearl Jam stood for and what it felt like at their peak. It may not have any of their defining songs -- apart from concert favorite "Yellow Ledbetter," that is -- but it does define their spirit, which is why, against all odds, it's the best album Pearl Jam has yet released.