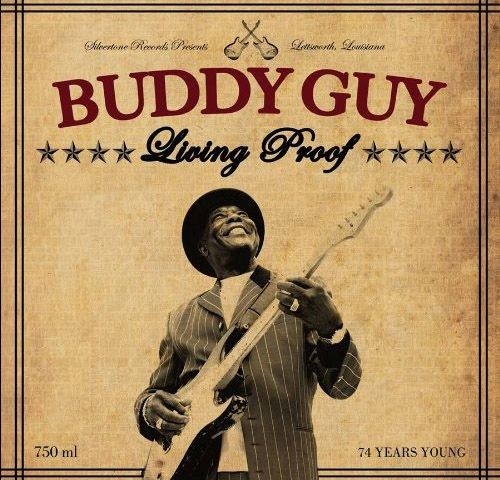 Living Proof was designed partially as an aural autobiography from the legendary Buddy Guy, opening up with the stark summation “74 Years Young,” then running through songs that often address some aspect of a working musician's life. It’s not a concept that’s followed through completely -- it’s thrown off track somewhat by duets with B.B. King and Carlos Santana, with the latter’s soft groove sticking out tonally as well -- but it’s enough of a narrative to give the record a definitive shape that some latter-day Guy albums are lacking. Still, the selling point of Living Proof remains Guy’s guitar, an instrument that improbably gets louder, nastier, and gnarlier with each passing year. Like Skin Deep before it, Living Proof is distinguished by these bold, clenched blasts of sonic fury, but here the production has just enough grit to make the entire enterprise feel feral, and that’s a greater testament to Guy's enduring vitality than any one song could ever be.