Vertical Horizon's live album Live Stages was released by indie label Rhythmic Records in 1997 and then again by RCA in 1999. It contains five songs from the group's first two indie albums: four from Running on Ice and one from There and Back Again. The rest are unique to this album and include "The Ride," "The Unchosen One," "Great Divide," "It's Only Me," and "Falling Down." For many fans, this live album completed the band's transition from an acoustic group to the alternative rock outfit that broke into the mainstream in 2000. Popular for energetic live shows, Vertical Horizon performs many old fan favorites in the band's newer, amped-up style on Live Stages. This is a good addition for the fan who already likes the band, but Everything You Want is probably the best overall introduction to Vertical Horizon. Live Stages is a good beginning to the search for the group's earlier albums. 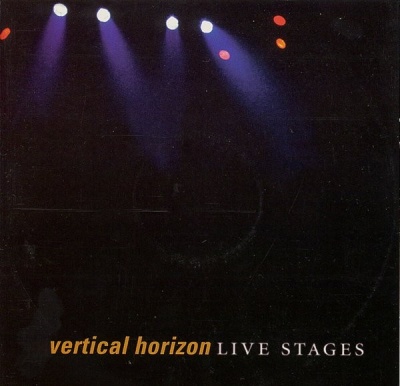