To be blunt, the Yes concert video Live in Philadelphia 1979 has the look and sound of a medium-quality bootleg. The picture is dark and washed out, and the audio is largely flat. Nevertheless, it is important because it captures arguably the best prog-rock group ever, especially since this lineup of Jon Anderson, Steve Howe, Rick Wakeman, Chris Squire, and Alan White would splinter soon after. Anderson and Wakeman were replaced by the Buggles: Trevor Horn and Geoff Downes. Several other problems mar this release, which was filmed at the Philadelphia Spectrum on June 21, 1979. The DVD packaging features a typically cool Roger Dean painting, but the songs aren't listed on the outside cover. You have to either buy it and open the inside cover to learn of its contents, or read them here: "Siberian Khatru," "Circus of Heaven," "Starship Trooper," "Drum Solo," "Excerpt From 'The Ancient'," "Your Move -- All Good People," and "Roundabout." Another gripe is its brevity: Live in Philadelphia 1979 is only 51 minutes long -- hardly enough time to capture the full essence of Yes. Musically, however, some good moments do occur: The underrated "Siberian Khatru" features nice guitar work by Howe; "Starship Trooper" includes Wakeman on one of those guitar-shaped portable keyboards, dueling with Howe and then Squire; and "Roundabout" is respectable. Live in Philadelphia 1979 is worthwhile for die-hard Yes fans only. 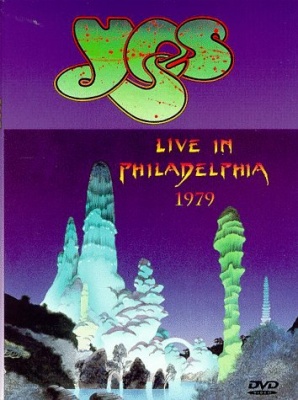