"You won't forget that name -- Whitney Houston!" So said the prophet Merv Griffin back in 1983, after Houston had her singular way with "Home," a song from The Wiz, on his nationally televised talk show. At the time, the singer was only 19, almost two years away from releasing her debut album, yet the Arista label's Clive Davis was effusive as he spoke with Griffin about his new signing. Houston fulfilled all the promise. She went on to pop dominance and set a new standard for vocal proficiency. Given the many years that separated one studio album from another, it's surprising that a live album didn't materialize until 2014. This isn't a typical live set, as it compiles performances at special events and on television programs, ranging from her debut on The Merv Griffin Show to her 2009 appearance on The Oprah Winfrey Show. Despite the chronological order of the selections, it's a bit disjointed due to the variety of sources and circumstances. For the 1987 Brit Awards, she performed "How Will I Know" on her own, over the instrumental, which made for an odd interaction with the recorded background vocalists. On the more organic and deeply resonant end, there's "One Moment in Time," from the 31st Grammy Awards in 1989, where she was in complete, casual command while prompting viewers to wonder how so much power and emotion can come from one human body. Many of of her big hits are represented beside an assortment of one-offs, like a 1991 version of "Song for You," from her Welcome Home Heroes cable special, that is much different from the one recorded for I Look to You. Most famously, there's "The Star Spangled Banner," performed at Super Bowl XXV in 1991, twice released as a charity single. It's unfortunate that Houston wasn't recorded at her peak in an intimate setting -- with little more than a small band and perhaps a gospel choir in support -- for the sake of releasing a cohesive live recording. Even so, Her Greatest Performances is no small consolation for longtime fans. 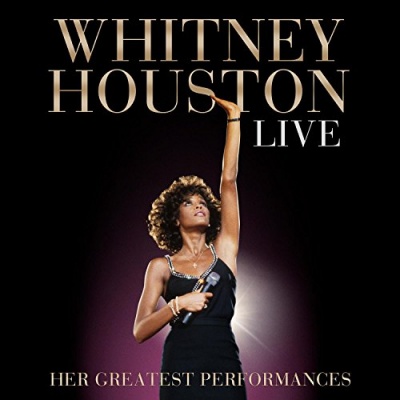