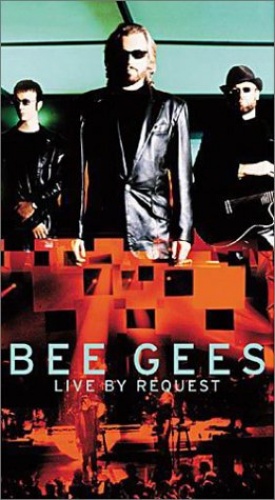 This DVD is a good follow-up to 1997's One Night Only as a stripped-down performance by the Bee Gees done in New York City on April 27, 2001, in conjunction with the A&E cable channel. The 90-minute special, part of the channel's Live by Request series and done in part to promote the release of This Is Where I Came In, featured audience members phoning and e-mailing requests for specific songs, with the callers occasionally put through to the group. Naturally, a large (though not overwhelming) chunk of the two dozen or so songs performed (counting one medley) is comprised of songs off the new album. Among the highlights are Maurice Gibb's performance of "Man in the Middle," his most out-in-front and personal piece of writing and singing in 40-plus years as a professional musician, with a gorgeous chorus. The group's classic '60s and '70s material make up the majority of the material here, done in a somewhat more loose-limbed musical fashion than is usual -- indeed, this performance is astonishingly similar to the group's Soundstage performance from public television in the mid-'70s -- since there is no specific set list and the trio is answering requests. The '60s songs outnumber the '70s numbers, which probably represents the fervor of the hardcore fans that got their calls and e-mails through. "Jive Talkin'," "You Should Be Dancing," "Nights on Broadway," and "How Deep Is Your Love" are here, but it's the pre-disco material that holds sway. The backing group -- Alan Kendall on lead guitar, Matt Bonelli on bass, Tim Cansfield on guitar, Tim Moore on keyboards, and Steve Rucker on drums -- is equally at home with either body of work, though they and the trio seem to have more fun with the disco-era repertory. It's a good balance because every major base is touched, most notably by an acoustic medley (the Bee Gees' answer to MTV Unplugged) of eight songs covering several decades in their history. The video quality is superb, state-of-the-art for clarity and brightness, and the audio is its match -- in addition to Dolby Digital Stereo, there's DTS encoding and Dolby Digital 5.1 surround audio available on the disc as well. The menu opens automatically on start-up and includes easy access to the audio setup controls.