Live at the Village Vanguard Review

Bebo Valdés has been one of the giants of Cuban music since the 1950s, though he has lived in Stockholm since the early '60s. This live recording, his very first, was made in 2005 over several nights at the Village Vanguard, with Valdés at the age of 86. The pianist's powerful left hand makes it superfluous for him to have a percussionist; his sole accompanist is bassist Javier Colina, a gifted partner who weaves intricate lines with Valdés. Though the music is dominated by Cuban rhythms, this live CD is hardly one-dimensional in scope. Valdés' rhythmic composition "Con Poco Coco" works in quotes from "Old Devil Moon" and "Salt Peanuts." His dramatic rendition of the standard "Yesterdays" is pure mainstream, with a few flourishes added, while his lovely setting of Bill Evans' "Waltz for Debby" is very playful. Of course, the bulk of the disc focuses on Latin gems, including a lighthearted take of Ernesto Lecouna's "Andalucía" and a sauntering version of Lecouna's "Siboney." If there had been room in the packed nightclub, the audience would have likely been up dancing to the lively "Bilongo," though they do chant the lyrics along with the musicians. Highly recommended. 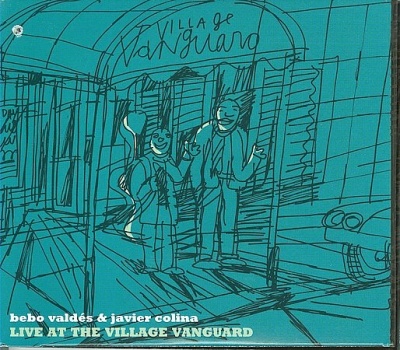