Live at the Bitter End Review

BMG Special Products 2002 release of the Tommy James & the Shondells' collection titled All Their Best [2002] is indeed a collection of almost all of Tommy James' best songs. Unfortunately, the songs have either been re-recorded in what sounds like the 1990's, or taken from live shows from around that same time. James sounds pretty good considering how long it has been since these songs were hits, but the music is just plain bad. It is sterile and boring, two things that the Shondells (or the session musicians who played on the records) never were. Worst of all is the incredibly wrong and cheesy faux-techno remix of "Mony Mony." Pathetic is the only word that springs to mind. Worse than pathetic, criminal maybe, is that BMG never lets on that this is a collection of re-recordings and live songs. Nowhere is that sad fact mentioned on the cover, which sports an out-of-focus shot of the group from the late 60's. You might expect that from some fly-by-night label, but not one of the largest, most prestigious labels in the business. Avoid this release like the whooping cough. 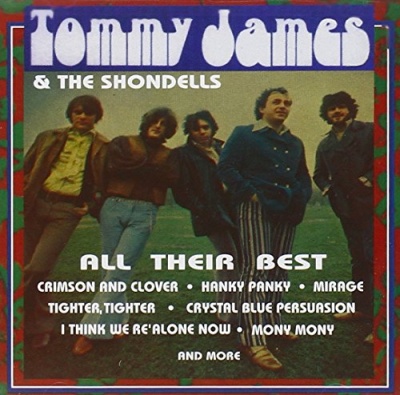