The Dave Matthews Band's annual live album for 2007 chronicles an outdoor performance at Piedmont Park in Atlanta, GA, before a large and enthusiastic audience. The two-and-a-half-hour set (extended to three CDs by putting the two-song, 18-minute encore on a separate disc) is a fairly typical representation of the group's most popular repertoire, including much-played favorites from the popular albums Under the Table and Dreaming ("What Would You Say," "Warehouse," "Ants Marching"), Crash ("Two Step," "So Much to Say," "Too Much"), and Before These Crowded Streets ("Don't Drink the Water," "The Dreaming Tree," "Stay [Wasting Time]"), plus a couple from the most recent studio album, Stand Up ("You Might Die Trying," "Louisiana Bayou"). Although nominally a quintet, the Dave Matthews Band at this show is really a seven-piece outfit, with keyboardist Butch Taylor and trumpeter Rashawn Ross on every track except Matthews' brief solo, "#40." Taylor in particular fills out the sound and takes extensive solos on such songs as "All Along the Watchtower," and Ross, pairing with bandmember LeRoi Moore, creates a horn section for the group. The show was opened by the Allman Brothers Band, and Matthews brings on Allmans singer/guitarist Warren Haynes for "What Would You Say" and Gregg Allman himself to play guitar on a version of the Allmans' "Melissa." A good time clearly was had by all, and if this album, like most of the Dave Matthews Band's live recordings, is not essential by design, merely constituting an aural snapshot of a working group, it still is an enjoyable effort, especially for fans. 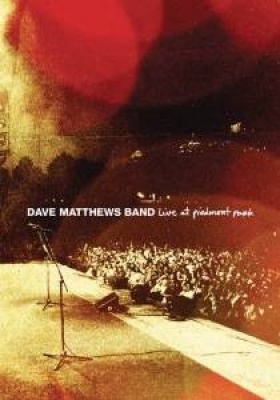