Long before he sold substantial numbers of records, Bruce Springsteen began to earn a reputation as the best live act in rock & roll. Fans had been clamoring for a live album for a long time, and with Live 1975-85 they got what they wanted, at least in terms of bulk. His concerts were marathons, and this box set, including 40 tracks and running over three and a half hours, was about the average length of a show. In his brief liner notes, Springsteen spoke of the emergence of the album's "story" as he reviewed live tapes, and that story seems nothing less than a history of his life, his concerns, and his career. The first cuts present the Springsteen of the early to mid-'70s; these performances, most of them drawn from a July 1978 show at the Roxy in Los Angeles, give us the romantic, hopeful, earnest Springsteen of "4th of July, Asbury Park (Sandy)" and "Thunder Road." The second section begins with his first Top Ten hit, "Hungry Heart" -- this is the Springsteen of the late '70s and early '80s, an arena rock star with working-class concerns. After an acoustic mini-set given largely to material from Nebraska -- songs of economic desperation and crime -- comes a reshuffling of Born in the U.S.A., songs in which Springsteen and his characters start to fight back and rock out. Finally, he brings it all back home to New Jersey, starting with the unofficial state anthem, "Born to Run," and including "Tenth Avenue Freeze-Out" and "Jersey Girl." Fans could rejoice that it found room for seven previously unreleased songs, including "Because the Night," but it wasn't as funny, as moving, or as exhilarating as a Springsteen show could be. Maybe no single album, however long, could have been, but where Springsteen impressed in concert because he tried so hard, here he seemed to have tried a little too hard to make a live album carry the freight of everything he had to say. 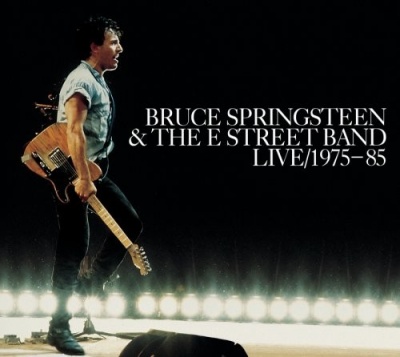