Sony began releasing collections of Bob Dylan rarities with the sole purpose of extending their claims to the copyright to the recordings in 2012, when they released The 50th Anniversary Collection: The Copyright Extension Collection, Vol. 1. The very title of the album made its intent plain, but Sony nevertheless decided to release it under the radar, slipping out a few copies to various territories in Europe instead of prepping the music as part of their acclaimed Bootleg Series. As the years passed, the Copyright Extensions became bundled into the Bootleg Series -- 2014's The Basement Tapes Raw and 2015's The Cutting Edge were copyright extensions in all but name -- and the notion that labels would clear out their vaults with the explicit reason of extending the copyright became accepted. Which leads us to Live 1962-1966: Rare Performances from the Copyright Collections, a collection of highlights Sony released in 2018. The double-disc set is precisely what it claims to be: 29 live tracks that were previously released as part of big clearing houses, now packaged for easier consumption. It's a smart move and a welcome one, too, as the copyright sets aren't designed for listenability, yet this compilation is, moving briskly from early folk tunes to electrified rock & roll. There may not be many epochal cuts here, but there is a surplus of first-rate performances here, particularly on the second disc, which gathers highlights from 1965-1966. For any serious Dylan fan who hasn't been willing to dive into the big copyright sets, this is an excellent way to get acquainted with the treasures that lie within. 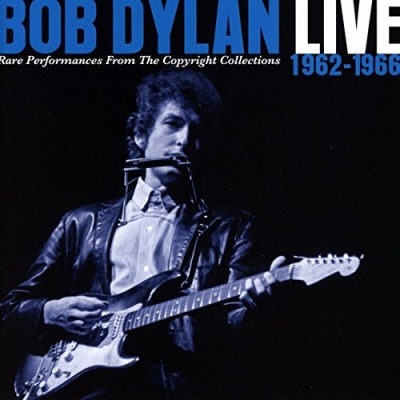