Like in sports, any championship-caliber team peaks at the zenith of the season. A year on the road documented throughout the course of 72 "bootlegs" saw Pearl Jam working out the kinks in Europe, and by the time they hit their hometown of Seattle in November 2000, it was obvious that the band was truly in sync musically. The 30-song grand finale of their world tour was nothing short of magical; from the urgency of "Corduroy" and "Rearviewmirror" to the tenderness of "Nothing as It Seems" and the looseness of "In Hiding" and "Even Flow." Eddie Vedder held his neighbors in the palm of his hand during a singalong within an extended version of "Daughter." The band tore into classics like "Alive" (the only time the song was played in America on this tour) and "Go" with powerful conviction. A bow to the Who in covering "The Kids Are Alright" and "Baba O'Riley" showed the fans who the ultimate influence is in their storied career. As the strains of closer "Yellow Ledbetter," with its tribute to fellow Seattle native Jimi Hendrix' "Little Wing" drifted off, the band closed the book on another year in a career as diverse and important of any rock band in the last decade. An essential live document. 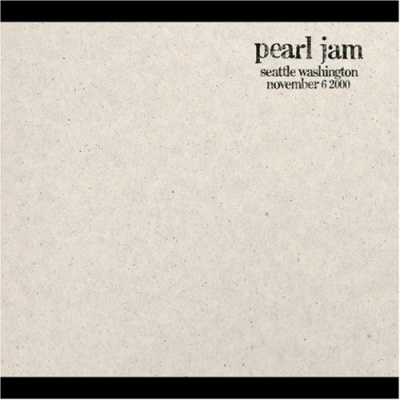