The first of two homecoming shows that wrapped up a year on the road for Pearl Jam was jam-packed full of surprises. A brooding "Long Road" kicked off the festivities, as the band was to settle into one of their trademark slow-boil-style sets. Checkered with nuggets from their canon of work, this was a night to reward the hometown crowd with a glimpse into the past. Dusting off the Mother Love Bone classic "Crown of Thorns," it was obvious the band had not forgotten its roots. Even "Daughter" tipped its cap to Sonic Youth, as their "Bull in the Heather" was interpolated into this tour favorite that would sometimes work in another song. Pearl Jam's great taste in cover songs was further explored when the La's "Timeless Melody" was performed with show's opening band, Supergrass. A strong showing by a band that was performing at its collective peak. 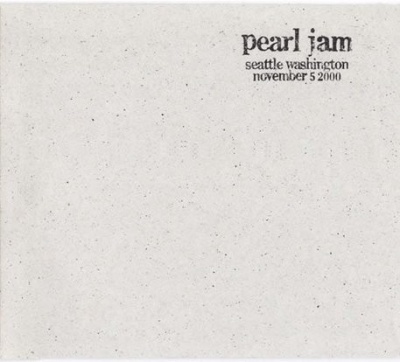