Ever the people's band, in 2000 Pearl Jam circumvented both bootleggers and major labeldom to release a series of live albums taken from various dates on a European tour. A year later, they're at it again, with a spate of live releases recorded in the band's home country.

As with the first batch, these discs find Eddie Vedder and company tackling tunes that span their career, investing each one with so much passion and energy that even the oldest songs in the band's repertoire sound completely fresh and vital. Vedder's vocal intensity and the band's combination of '70s riff-rock, grunge, and moody alt-rock are sonic constants in the otherwise constantly evolving musical life of Pearl Jam. As always, the sense of spiritual communion that the group shares with its fans is audible, not just in the audience reaction, but in the obvious commitment Pearl Jam brings to its live shows. 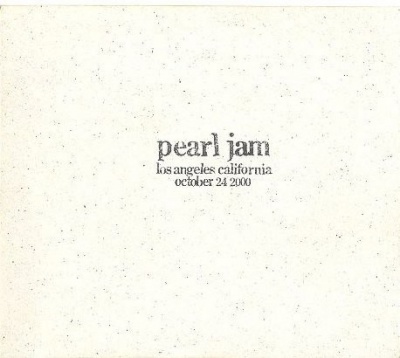