Little Big Town is a vocal quartet consisting of two men and two women who sing their songs by mixing up lead vocals and harmonies, such that one may start a song only to have another take the second verse, while some other combination sings the choruses. This, of course, is not typical of country music, nor are the song arrangements, which lean heavily to a folk-rock sound with prominent acoustic guitars and rhythm section, but only touches of fiddle and steel guitar; nor, for that matter, are the songs themselves, most of them written by the group members, which tend toward a pop sensibility with their generalized romantic sentiments. In the inevitable game of describing a new act by its antecedents, one must throw out names like Fleetwood Mac rather than any specifically country artists. Actually, Little Big Town does call to mind certain country acts of the past, though not prominent ones. They may remind knowledgeable country fans of such late-'80s performers as Foster & Lloyd and Kennedy Rose, duos that earned critical kudos (especially from non-country critics), but struggled to earn a commercial footing and ultimately found greater success behind the scenes as writers. Championed by Monument Records, the same label that changed the parameters of conventional country success with the Dixie Chicks, Little Big Town may succeed by re-writing the Nashville rule book in a similar way. But probably not. The Dixie Chicks had great songs, a powerful image, and an undeniable connection to hardcore country. Little Big Town does not have great songs, their image is diffuse, and they seem ready to cross over to pop at any minute. At least on their first album, the group is more a concept than a fully formed entity, which will make revolutionizing country music a challenge. 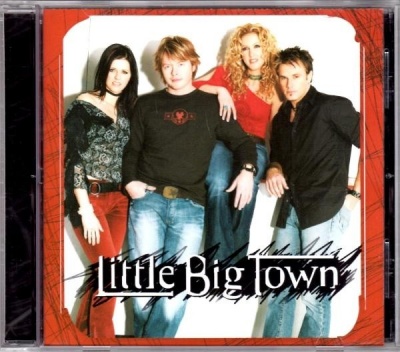