Composer Mychael Danna (Capote, Little Miss Sunshine) skillfully spins out a lustrous sheen of Eastern mysticism and old-school silver screen sentimentality for his third collaboration with director Ang Lee, a film adaptation of author Yann Martel's cosmic zoological fantasy fable Life of Pi. Largely orchestral, with only a smattering of the electronic elements that he has used in the past, Danna sets the pieces in motion early on with the lovely "Pi's Lullaby," which introduces the work's most affecting and predominant melody, one that is revisited in various shapes and forms throughout the film. Working in traditional instrumentation from the protagonist's native India, while maintaining an accessible, emotional center, Danna stays true to the story's spiritual underpinnings, resulting in a moving yet unassuming score that supports the film's lush visuals without resorting to bombast. 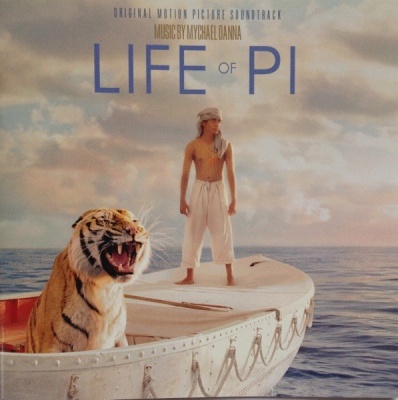