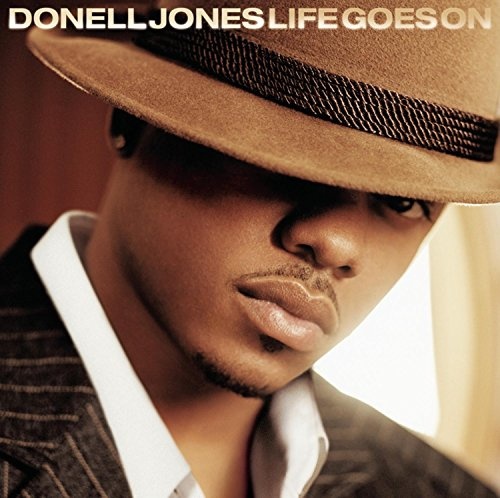 Donell Jones doesn't get as much credit as he deserves. Sure, he's had hits, as a solo artist and as a songwriter and producer, but his records never seem to break out to a wider audience, which is too bad, since they're consistently satisfying. Life Goes On, his third platter, keeps that streak going. The quiet storm streak that characterized its predecessor, Where I Wanna Be, has been toned down somewhat, and he's relying more on contemporary R&B sounds and production, but the end result is the same -- a seduction record that is smooth, but also romantic. Perhaps it plays a little too much like low-lights mood music, with a few songs blending together, but that's hardly a fault, since the mood is sustained alluringly from start to finish (apart from "Freakin' U," a deliberate attempt to get an uptempo change of pace in place -- it works, but it interrupts the flow a little). Jones may not be as flashy as some of his modern soul peers -- he's not a neo-soul artist, he's thoroughly modern, yet he never falls into the trap of putting his singing in front of the music, letting the mood take center stage -- but that's what makes his records work, and what makes Life Goes On another fine addition to his catalog.