Early in the 2000s, Jimmy Buffett experienced one of his periodic revivals thanks to the legions of contemporary country singers indebted to his sunny, relaxed party music. His influence had been bubbling under during the latter half of the '90s, but in 2003 he suddenly was front and center, performing a duet with Alan Jackson on the "Margaritaville"-styled smash "It's Five O'Clock Somewhere," while echoes of his music were clearly heard in country's first superstar of the new millennium, Kenny Chesney. Never one to miss an opportunity -- or, as he puts it in the liner notes, "not being one to let a cultural phenomenon pass me by like a misguided comet" -- Buffett decided to go the whole hog and record his own country album, License to Chill, for the summer of 2004. He calls in a lot of favors here, drafting Jackson, Chesney, Toby Keith, Clint Black, George Strait, Martina McBride, Nanci Griffith, and, for a change of pace, Bill Withers, for duets on this generous 16-track album. Usually, such a surplus of guest stars overwhelms the main artist, but that isn't the case here, since everybody bends to fit Buffett's style instead of the reverse. These guests not only give Buffett a straight man for his jokes, but also help focus his musical direction and song selection, since it all feeds into the album's sun-kissed contemporary country direction. Musically, this isn't all that far removed from either his early-'70s work or "It's Five O'Clock Somewhere," which is hardly a surprise, but what is surprising is that it's one of the most enjoyable latter-day albums from this notoriously inconsistent artist. There are still some overly silly, even embarrassing moments, such as the frequent tossed-off puns and the cringe-inducing "Simply Complicated," but these are the exceptions on this cheery collection of laid-back country-rockers and beach ballads. Again, the difference on License to Chill isn't the music, but the consistency of the songwriting and the performances, resulting not only in Buffett's strongest record in years, but an album that sits comfortably next to that new Kenny Chesney album, and that means he accomplished exactly what he set out to do. 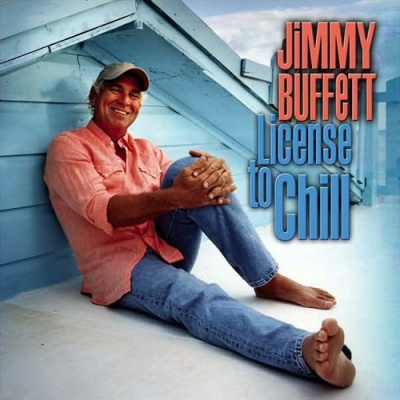