On this LP issued by Columbia, Mingus thanked producer Teo Macero for "his untiring efforts in producing the best album I have ever made." From his deathbed in Mexico in 1979 he sent a message to Sy Johnson (who was responsible for many of the arrangements on the album), saying that Let My Children Hear Music was the record he liked most from his career. Although Mingus' small-group recordings are the ones most often cited as his premier works, this album does, in fact, rank at the top of his oeuvre and compares favorably with the finest large-ensemble jazz recordings by anyone, including Ellington. The pieces had been brewing over the years, one from as far back as 1939, and had been given more or less threadbare performances on occasion, but this was his first chance to record them with a sizable, well-rehearsed orchestra. Still, there were difficulties, both in the recording and afterward. The exact personnel is sketchy, largely due to contractual issues, several arrangers were imported to paste things together, making the true authorship of some passages questionable, and Macero (as he did with various Miles Davis projects) edited freely and sometimes noticeably. The listener will happily put aside all quibbles, however, when the music is heard. From the opening, irresistible swing of "The Shoes of the Fisherman's Wife Are Some Jiveass Slippers" to the swirling depths of "The I of Hurricane Sue," these songs are some of the most glorious, imaginative, and full of life ever recorded. Each piece has its own strengths, but special mention should be made of two. "Adagio Ma Non Troppo" is based entirely on a piano improvisation played by Mingus in 1964 and issued on Mingus Plays Piano. Its logical structure, playful nature, and crystalline moments of beauty would be astounding in a polished composition; the fact that it was originally improvised is almost unbelievable. "Hobo Ho," a holy roller powerhouse featuring the impassioned tenor of James Moody, reaches an incredible fever pitch, the backing horns volleying riff after riff at the soloists, the entire composition teetering right on the edge of total chaos. Let My Children Hear Music is a towering achievement and a must for any serious jazz fan. 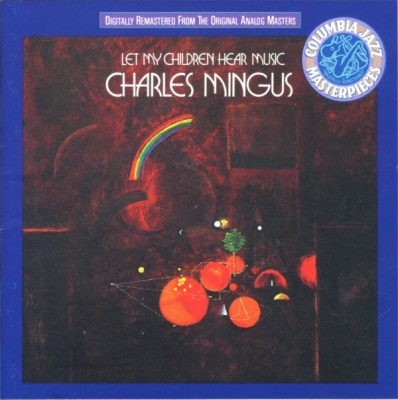