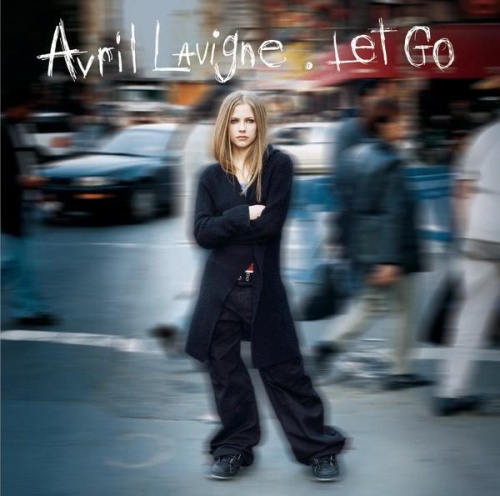 Talk about pressure -- being under 21 and having a record deal no longer qualifies as extraordinary. And as mass-produced teen pop makes its exit and a glut of young singer/songwriters enter, child prodigies no longer have built-in marketing appeal. So if newcomer, 17-year-old Avril Lavigne truly wants to be "Anything But Ordinary," as she sings on her debut album, Let Go, she'll have to dig deeper. Luckily for Lavigne, aside from youth, she does have talent. Her debut runs the gamut from driving rock numbers like "Losing Grip" -- where Lavigne shows off her vocal range, powering into the anger-fueled, explosive rock chorus -- to singer/songwriter pop tunes like "My World," where Lavigne fills listeners in on the past 17 years of her life. Lavigne handles a variety of styles deftly, but she still has some growing up to do lyrically. "Sk8er Boi" has a terrific power pop bounce, but shows her lyrical shortcomings: "He was a punk/She did ballet/What more can I say" -- a lot. The phrasing is awkward and sometimes silly: "It's funny when you think it's gonna work out/Till you chose weed over me you're so lame," she sings on "Too Much to Ask." Not surprisingly, the standout track is the first single, "Complicated," a gem of a pop/rock tune with a killer chorus. But listen carefully and you'll realize that "Complicated"'s sing-song melody borrows just enough from Pink's "Don't Let Me Get Me" to make it familiar and likeable. Nonetheless, the song is a knockout radio hit. Lavigne, a self-professed skater punk and labelmate of Pink, shares her "Take Me As I Am" credo as well. And that said, it's hard not to look at this record, executive produced by Arista label head Antonio "L.A." Reid, who is thanked by Lavigne for allowing "me to be myself," and feel cynical about the music industry's willingness to reproduce a hit over and over. Lavigne, however, is a capable songwriter with vocal chops, and at her age, one imagines, she is still finding her feet, borrowing from the music she's grown up listening to. The problem is Lavigne is still so young she's listening to the radio hits of the '90s and early 2000s: she's Pink when she's bucking authority, Alanis Morissette when she's angry, and Jewel when she's sensitive. Let Go shows promise, but the question is whether Lavigne and only Lavigne will shine through on her next effort.