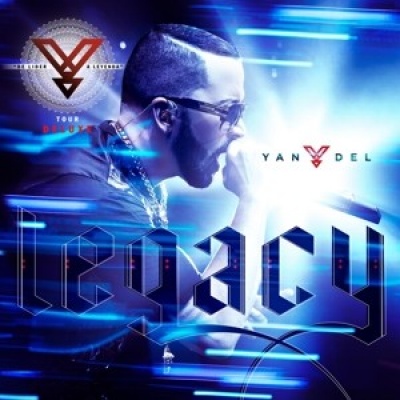 This deluxe document captures the audio portion of Yandel's first solo tour in 2014, after his split with longtime musical partner Wisin in one of the more successful pop duos in late 20th century Latin music history. Not only are all of the big tracks from De Lider a Leyenda done in absolutely grand live fashion -- "Habla de Ti," "Hasta Abajo," "Para Imos" (with J. Alvarez and El General Gadiel guesting) -- but there are several surprises as well. Alvarez makes an appearance on "Junto al Amanecer" and Gilberto Santa Rosa guests on a salsa version of "En la Oscuridad." Farruko also lends a hand on "6 AM" and "Passion Whine," making for a solid show. When Yandel is on his own, he ups the ante on the studio versions of "Dembo" and "Moviendo Caderas." The deluxe version contains four new cuts, including the dancefloor slammer "Ole," and a pair of smoking cumbias in "Mi Nena" and "Jaque Mate." In addition, there are remixes of "Dejate Amar" featuring Reykon and Dozy, a funky "Duro Hasta Abajo," and "Plakito" with Farruko.