Singer/songwriter/producer and all-around rock & roll auteur Walker goes it solo for the first time, after his moderately successful fling in the Marvelous 3 and handling production for upstarts like SR-71 and Injected. He plays almost all the instruments except drums (handled by fellow Atlanta resident Kenny Cresswell), but brings in guests like Mötley Crüe bassist Nikki Sixx for a track and even Peter Searcy on cello. Although nothing here is a major departure from the snotty, riff-based '70s-styled catchy hard rock that powered the Marvelous 3, Walker acquits himself admirably with a handful of terrific songs and enough brash swagger to make the rest sound at least like quality filler. The booklet displays this album (or a non-existent vinyl version of it) strewn among various rock star-associated trash; half-eaten pizza, eight-track tapes, underwear, an old pair of headphones, and a fake Rolling Stone feature are all scattered on an orange shag rug. The photo not only typifies the music, but shows Walker's influences, which he proudly displays on these 11 frequently rockin' tracks. The album's first single and most immediately catchy tune is "My Way" (not the Sinatra song), which epitomizes Walker's crunchy guitar attack. Lyrics like "There's a right way/Then there's my way/There's a highway/If you don't like it you can take it" exemplify the artist's no-BS philosophy. At worst, although he energetically puts across a song, Walker's voice isn't particularly distinctive, and the closing track (which follows 15 minutes of silence) is a worthless goof. But when he works a hooky chorus like the Badfinger-styled "Far Away From Close," grabs onto Oasis' melodic sweep on the personal "Sober," uses subtle loops to infuse a slight contemporary feel on "Into the Black," or adds strings and female backing vocals on the punchy "Get Down," Walker walks on terra firma. With forceful playing, muscular production, and self-assured confidence, he plows through these tunes like the seasoned pro he is. It adds up to about 40 minutes of pretension-free classic rocking that never sounds dated or passé. 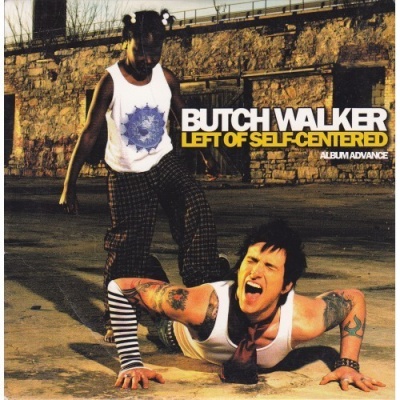