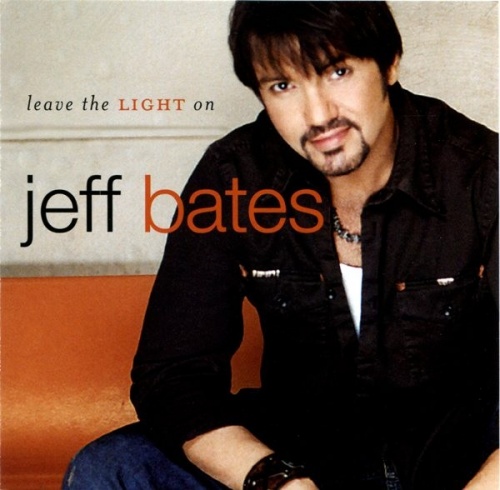 On his second album, Leave the Light On, Jeff Bates remains an appealing singer, blessed with a smooth, deep baritone that gives his music an earthiness even when it gets a little bit sappy. But if his 2003 debut, Rainbow Man, leaned heavily on love songs, this 2006 effort is a leaner, straight-ahead traditionalist country record. Each cut has a bit of grit in it, whether it's on the rollicking, twangy "Good People," George Jones-styled barroom weepers like "The Woman He Walked On," or even a cover of Billy "Crash" Craddock's early-'70s hit "Rub It In," a greasy slice of Southern soul 'n' country that for most 2006 listeners will unfortunately bring to mind Glade's Plug It In, Plug It In campaign of the '90s, yet it's a testament to Bates' strengths as a vocalist that he makes this song work despite that association. Not that he pulls off every song here -- the opening cut (and lead single) "Long Slow Kisses" stumbles in its attempts at seduction, while the closer, "Mama Was a Lot Like Jesus," is unbearably heavy-handed and mawkish -- but even when the songs don't work, Bates and his studio band sound good, helping to make Leave the Light On a strong sophomore release from this skilled singer.