Mudvayne boasts a couple of elements that distinguish it from most contemporary heavy metal outfits. The band adopts bizarre facial makeup that is less suggestive of Kiss than of a bunch of boys who, having failed to plan their Halloween costumes, threw something together by raiding their mother's vanity case. And lead singer Kud (they have funny pseudonyms, too) doesn't always sing in a typical hardcore howl, sometimes descending into a more conventional voice, as if he were auditioning to replace Sebastian Bach in the Broadway production of Jekyll & Hyde. Such characteristics suggest that, for Mudvayne, the thrash style is something of a pose, a suspicion enhanced by reference to the CD booklet, which contains an acknowledgments section as lengthy and gushy as what you'd find on a teen pop album. Can these guys giving thanks and love to family and friends be the same ones performing aggressive lockstep metal, spewing obscenities, and singing about suicide? It seems so, but it's hard to take seriously. (The "L.D." in the album's title refers to "lethal dose," and the "50" refers to a level of toxicity at which 50 out of 100 test animals will die.) [A 'clean' version of the album was released in 2001 as well.] 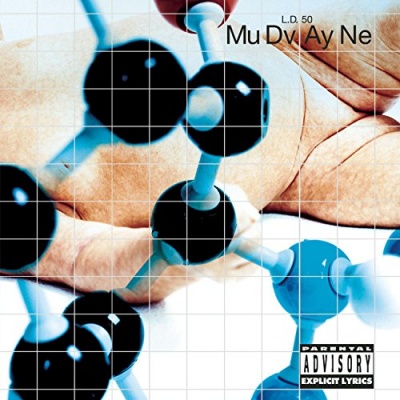