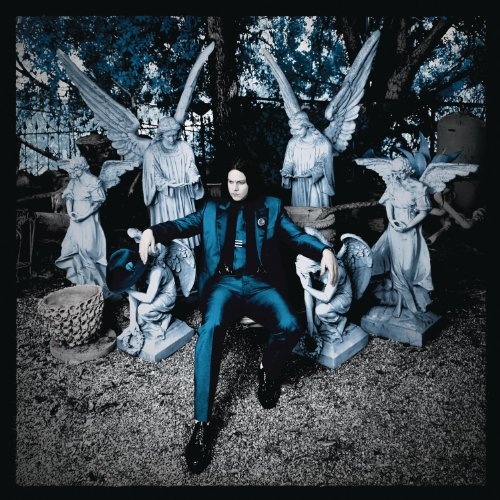 Like "blunderbuss," a "lazaretto" is an ancient reference that means little in the modern world, a fact that does not escape Jack White, a musician who specializes in blurring lines between past and present. Contrary to his carefully cultivated persona as a raider of lost Americana, White never, ever was a purist: he thrived upon seizing the precise moment when accepted definitions lose all meanings and turn into something new. This tension surfaces on Lazaretto, his second solo album, a record that lives upon the edges of his interests. There is a fair share of blues bluster -- via Zeppelin riffs and huffed references to digital cameras, the opener "Three Women" modernizes Blind Willie McTell, while he twists a refrain from Howlin' Wolf's "I Asked for Water (She Gave Me Gasoline)" on "Just One Drink" -- but Lillie Mae Rische's violin occupies nearly as much space as his own howling guitars, pushing White into the left field where he prefers to reside. That eccentricity is the pleasure of Lazaretto, which is by every measure the strangest record associated with White since 2005's Get Behind Me Satan, a record that found Jack tackling the aftermath of fame by turning gothic. He's since lightened his outlook -- all the restored recording booths and trickster vinyl coming out of Third Man Records in Nashville show the heart of a prankster -- but he retains the itch of an artist, thriving upon self-imposed limitations. With Lazaretto, that amounted to adapting a clutch of fiction he wrote when he was 19, using the themes of these stories and plays to not only fuel the topics, but to freshen his songwriting, which was veering ever so slightly toward craftsmanship on Blunderbuss. Here, White kicks the legs out from under himself, allowing himself some signature indulgences -- the aforementioned blues blazers, plus the unhinged "That Black Bat Licorice" -- and reviving a few forgotten sounds (the closing piano ballad "Want and Able" recalls the moody turns of Satan), but generally he pounces upon detours, savoring the instrumental of "High Ball Stepper," demonstrating a facility with hip-hop rhythms and cadence on "Lazaretto," and lingering in dark corners for perhaps a little longer than necessary. All this sound and fury disguises how elsewhere on Lazaretto there are songs as exquisitely sculpted as those on Blunderbuss -- the heartbroken honky tonk of "Temporary Ground," the deceptively sprightly "Alone in My Home," the teasing melodrama of "Would You Fight for My Love?" -- but what makes it a better, richer work is how it simultaneously holds every side of White, existing at the crossroads where modernity, tradition, hard work, and inspiration all meet.