After an exhaustive five-year litigation battle between the band and their label management, Tool offer up the latest chapter in their musical self-discovery in Lateralus. Make no mistake, this is a prog rock record, reminiscent of King Crimson and Meddle-era Pink Floyd, with a hint of Rush mutated with Tool's signature sonic assault on the ears. Lateralus demands close listening from the first piece onward, as it becomes quickly apparent that this is not going to be an album one can listen to and accept at face value. Complex rhythm changes, haunting vocals, and an onslaught of changes in dynamics make this an album other so-called metal groups could learn from. While some compositions seem out of place, others fit together seamlessly, such as the 23-minute song cycle serving as the climax and resolution of the album. However, the album's most disturbing moment arrives at the end, with dissonant electronic noises placed randomly with a drum solo over a phone call to a talk show discussing the secrets behind Area 51, once again serving as a symbolic gesture from the band encouraging people not to take things at face value and to think for themselves. Overall, a solid, well-produced album from a band that never fails to deliver with each release. 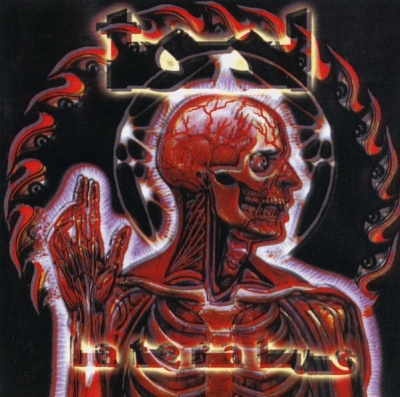