Mark Ronson made himself vulnerable to new accusations of opportunistic conceptual thievery when he described his fifth album, released within proximity of Steps' Tears on the Dancefloor and Camilo Cabello's "Crying in the Club," as "sad bangers." In the producer's defense, the direction he took here isn't a trend chase. The mode goes back generations, even long before Ronson's childhood, when commercial airwaves were pumping out enough aching jams to make a series of mixtapes titled DX7s & Distress. Unlike most of the contemporary artists who use the c-word when promoting a new album, Ronson sees his concept all the way through. He and his shrewdly chosen cast of collaborators -- including ten vocalists, from Lykke Li to Cabello to Ilsey, all women -- fill out the equivalent of one side of a C90 with a snappy if dispirited set of rhythmic pop-R&B hybrids, all finely glazed. They cover a lonely hearts club Bingo card: insecurity, miscommunication, codependency, grief, withdrawal, imprudent rebounds, the works. Contrary to the mess of emotions, everything else is neatly organized with an uncommon sense of continuity. The album begins in swirling, deceptively festive style with some resemblance to the Avalanches' Since I Left You and ends in a soft-pulsing ballad echoing the lyrics of the intro. Three consecutive tracks deploy poised belter YEBBA, who makes like an Arkansan Róisín Murphy in the heart of the sequence. Almost every other lead performance -- one dejected delight after another -- is worth singling out. Only Diana Gordon's striking turn contains promise, but in this context, tears seem inevitable. Whether the sweeping country-disco hybrid "Nothing Breaks Like a Heart" would exist without Kacey Musgraves' "High Horse" is questionable, but it's undoubtedly a career highlight for Ronson and the featured Miley Cyrus. Overall, this is one of Ronson's best works -- a complete pop album. 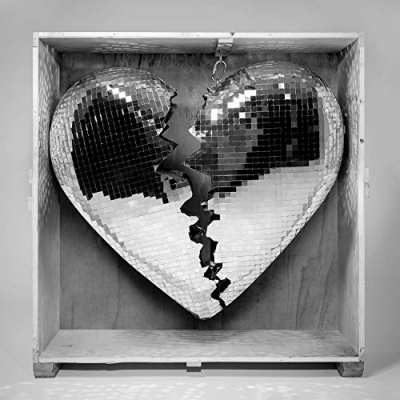