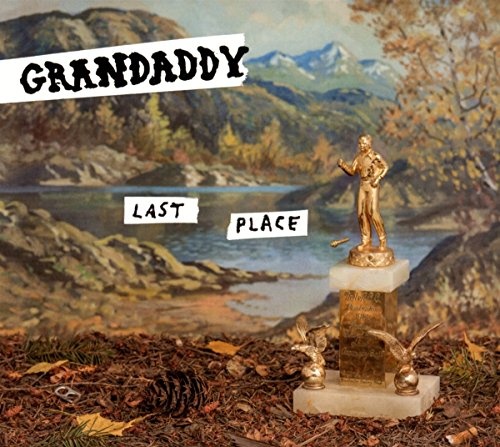 In the ten years since Grandaddy last released an album, their guiding force, Jason Lytle, stayed busy with solo albums and other projects. When he stepped back into the cockpit to record Last Place, it was as if nothing had changed since 2006's Just Like the Fambly Cat. He was still the only member of the band writing songs and recording them. Only Aaron Burtch occasionally stopped by to add some drums. The sound of the album is very similar to where Grandaddy left off too; in fact, it's very similar to the solo albums Lytle made while the band name was on ice. A balanced amount of ballads and midtempo songs, lots of synths in the mix, Lytle's offbeat lyrical angle and plaintive vocals, the occasionally epic space opera featuring the recurring humanoid character Jed...all the hallmarks of a Lytle project are in full effect. The only question that remains to be answered is whether or not Last Place is a good or less good Lytle project. Put a big bold mark in the "good" column because thanks to a strong batch of songs and some interesting production, the record is a strong comeback. It kicks off with a trio of sleek, steady-rolling rockers that show off Lytle's pleasingly blasé singing style, his knack for an understated hook, and some fiery guitar playing. The rest of the album spools out in more expansive fashion, with more complicated arrangements on tracks like "The Boat Is in the Barn," a bouncing psych-pop tune with a weightless chorus that floats like a late-afternoon cloud formation, and a song or two that actually crank up the tempo to fast, like "Chek Injin." Plus a couple of half-baked melancholy tunes that sound like they were written sometime past 3 a.m. (especially "That's What You Get for Gettin' Outta Bed") and at least one that feels like the most blasé tune Tom Petty never wrote ("I Don't Wanna Live Here Anymore"). It makes for a diverse album within the tight framework that Lytle operates in, and even if it could have been a solo album just as easily, it works as a Grandaddy album too. If not quite as compelling overall as their best work like Sophtware Slump, it's a worthy successor to the very good Just Like the Fambly Cat and a welcome return for the "band."